Built in 1924 for service on the River Dart in Devon to run summer excursions between Dartmouth and Totnes, Kingswear Castle was withdrawn in 1965 and bought by what is now the Paddle Steamer Kingswear Castle Trust, on behalf of the Paddle Steamer Preservation Society, in 1967. After a couple of years, when she languished at Binfield on the Isle of Wight, she was moved to Borstal on the River Medway in Kent in 1971.

Work to restore her to operational condition in the period from 1973 to 1983 was essentially undertaken by an itinerant band of volunteers who brought together great enthusiasm and a wide range of diverse skills. Inevitably, with work confined mostly to weekends, progress was slow and occasionally faltering as people came and went but things speeded up in the early 1980s and Kingswear Castle was in a sufficient state to run trials and a limited season carrying just 12 passengers in 1984. The following winter work proceeded apace and Kingswear Castle obtained full Passenger Certificates in time for a return to service in 1985 on the Rivers Medway and Thames from her new base at the then newly opened Historic Dockyard Chatham. She continued on the Medway until 2012 when a decision was taken to return her to operate once again on her original home waters on the River Dart on long term charter to the Dartmouth Steam Railway and Riverboat Company.

During the operational years on the Medway with surplus money from trading and with a better platform from which to launch applications for grants much other major restoration work was undertaken which had not previously been possible. From 1985 to 1993 many smaller jobs and much re-decking were completed in addition to the usual annual refits and by 1993 finances were in a sufficiently buoyant state for substantial re-plating of the ship’s bottom.

Further major restoration took off during the eight year period from 1999 including new decks, a new bow, new sponsons port and starboard fore and aft, new paddle boxes, a new fiddley, a new saloon entrance, replacement etched glass windows and, perhaps best of all, a new coal-fired boiler financed by a combination of surpluses from trading and grants from the Heritage Lottery Fund, the Paddle Steamer Preservation Society, the City of Rochester upon Medway Council, Medway Council and the Manifold Trust.

The albums below give something of a flavour of all the work which has gone into our ship over all these years to keep her sailing. 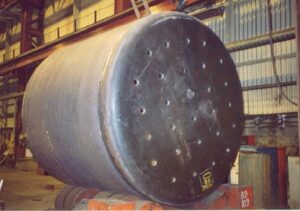 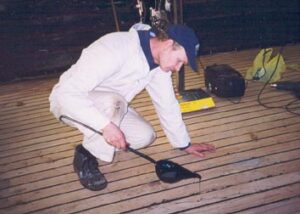 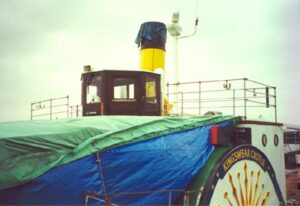 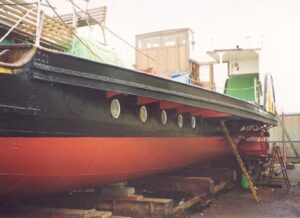 Renewal of the Starboard Sponson 2001 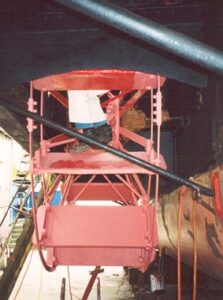 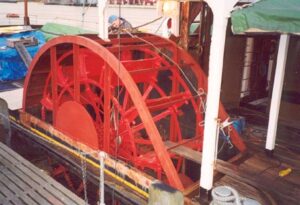 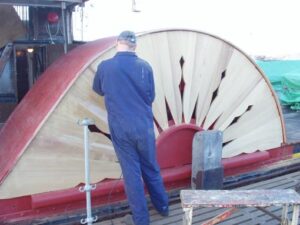 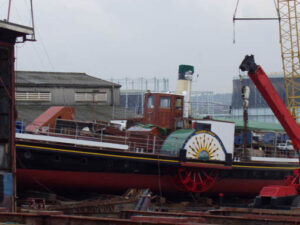 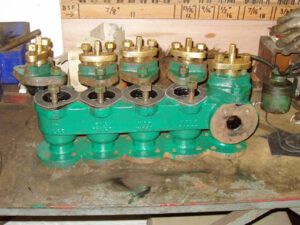 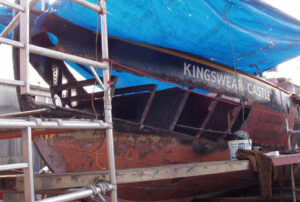